In this video arranger Billy Strange talks about the recording session and the history behind the Nancy Sinatra hit “These Boots Are Made For Walkin'”.

In 2010 I talked to Billy Strange (1930-2012) for at his home in Franklin, TN, about ”Boots“ and he told me how he came up with the famous sliding bass intro played by Chuck Berghofer and why songwriter and producer Lee Hazlewwod didn’t want Nancy to record ”Boots“. You can watch the interview in the video above.

Having hit the Hot 100 chart with her ‘So Long Babe,’ Miss Sinatra has top of the chart potential with this fine folk-rock material from the pen of Lee Hazlewood. Her vocal performance and the Billy Strange driving dance beat should move this one rapidly up the chart.

Billy Strange had a extraordinaire career as a guitarist, singer, recording artist, arranger, conductor, songwriter, composer and producer. He worked with Nat King Cole, Frank Sinatra and Elvis Presley. He also worked as a studio guitarist in Los Angeles in the nineteen fifties and sixties. Here you can find his huge but incomplete discography.

I stumbled upon a great article by Jas Obrecht about the history of guitar in the music studios of Los Angeles. In 1980 Obrecht had the unique opportunity to interview guitar legends such as George M. Smith, Al Hendrickson, Bob Bain,  Mitch Holder, Tim May and Tommy Tedesco.

I’m still very sad about the passing of the great musician Billy Strange. Not was he only a wonderful guitarist, producer and arranger, he was also a great friend. A unique man: thoughtful, funny, clever, heardheaded and supportive. He had the greatness to let others shine on stage and on records.

Over the years I’ve met Billy several times. And the more I learned about his life and career, the more in awe I was. That’s why I started writing about him on this blog. Later I interviewed Billy on video. Two parts of this video interview were published by Swiss newspaper Tages-Anzeiger (English with German subtitles):

Here is my farewell to Billy (in German):

And here are some articles from this blog about Billy Strange:

The Birth of a Beach Boys Song

Nancy Sinatra in the studio with Billy Strange. 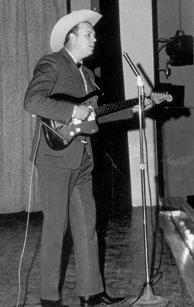 Recently I discovered a great fuzz guitar example on Westex’ blog Diggin’ It!!! performed by studio guitarist legend Billy Strange. He played a catchy fuzz guitar intro on Ann-Margret’s country-pop ballad I Just Don’t Understand from 1961 and added some more fuzz later in the song on the chorus and in the solo part.

Billy Strange is notorious for his fuzz guitar. In 1962 he played a driving fuzz guitar solo on the Phil Spector production “Zip-A-Dee-Doo Dah” by Bobb B. Sox and the Blue Jeans. To get the fuzz sound he used a very simple but effective method that he  explains in Tales Of Broken Guitar Amps.