Motown Publicity Shot From The Seventies

Originally Detroit based Motown music label celebrates its 50th birthday.  guardian.co.uk published a wonderful photo gallery of the legendary music enterprise, that launched classic girl groups like The Marvelettes, The Supremes and The Miracles and started the careers of stars like Stevie Wonder, Marvin Gaye and Michael Jackson. Motown was also home to the great songwriter Norman Whitfield and the classic song writing team Brian Holland, his brother Edward Holland and Lamont Dozier.

It’s an endless discussion for music lovers: the question of original songs vs. cover versions. Check out this original vs. cover versions medley on YouTube. Side by side you can compare original and cover versions. It’s very interesting to hear what happened to songs by The Bee Gees, Madonna, Bob Dylan, Elton John, Abba or Whitney Houston.

If you want to vote for or against a cover versions go to Old School Music Lover, a blog where you regularly can vote for your
favorite orginal or cover. Decide for yourself if you prefer the original performance of “Walk Away Renee” by The Left Banke or the Motown cover version by The Four Tops.

In 2009 the record label Motown is going to celebrate its 50th anniversary. The anniversary website Motown50 is already online. It contains some very nice vintage publicity shots that you can view below. Just click on the small pictures. And there’s another site where you can vote for your favorite Motown song.

The anniversary is overshadowed by the death of songwriter and producer Norman Whitfield who died on September 16th. Whitfield worked for Motown from 1961 until 1973. He co-wrote songs like I Heard It Through the Grapevine, Cloud Nine, and Papa Was a Rollin’ Stone. His production credits include among others Gladys Knight, Marvin Gaye and the Temptations. 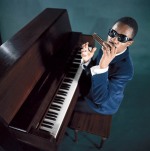 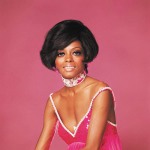 Many great hits of the sixties were recorded in a tiny bedroom in Los Angeles. The bedroom belonged to child prodigy classical violinist Armin Steiner. When he turned 16 he started his career in sound engineering. In 1960 he built his own recording studio from scratch in a bedroom in his parents’ house in Los Angeles – including a self made recording console.

This was only the start for Armin Steiner who became one of the best in the field of sound engineering, music and score mixing. He recorded among others Neil Diamond, Dolly Parton, Hall & Oates and Barbara Streisand.

As scoring engineer he recorded orchestral soundtracks for films and television shows. A small sample includes “Finding Nemo”, “Cocoon”, “Witches of Eastwick”, “JFK”, “A League Of Their Own”, “Dynasty”, “King Of The Hill” and “Star Treck: The Next Generation”.

If you want to know why the Watts riots in 1965 forced him to close down his studio and what his recording philosophy is, then read this very interesting interview with Armin Steiner published by “Mix Online”.