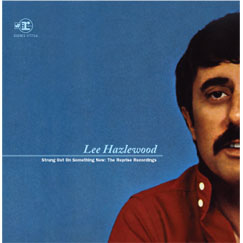 To most people Lee Hazlewood will always be the one who wrote and produced “These Boots Are Made For Walking” for Nancy Sinatra and sang timeless duets such as “Some Velvet Morning» and «Summer Wine” with her.

But Lee Hazlewood was not just Nancy Sinatra’s sidekick. He had a career before and after he worked with Nancy. Before Lee Hazlewood met Nancy Sinatra, he had made a lot of money as a producer and songwriter for Duane Eddy and others. From time to time he released his own records with mostly self-penned songs, but he wasn’t very successful. After his successful Sinatra stint that lasted from 1966 until 1968 he again started releasing his own records. But they mostly went unnoticed by the public. Lee Hazlewood’s last record was released in 2006.

On “Strung Out On Something New: The Reprise Recordings” Rhino-Handmade reissued a limited edition of hard to find material that has been out of print for a long time. The two disc set consists mainly of songs from the Reprise LPs “The N.S.V.I.P.s” (Not So Very Important People)» (1965), “Friday’s Child” (1965) and “Love And Other Crimes” (1968). The collection gives a good impression of Hazlewood’s songwriting craft. He definitively knew how to tell a story. His lyrics are full of wit and melancholy.

“The N.S.V.I.P.s (Not So Very Important People)” has a strong Country and Folk flavor. Lee introduces every song with a short story, and he’s accompanied by acoustic guitars and string bass. “Friday’s Child” (also released as “Houston”) and “Love And Other Crimes” blend Country with a little bit of Blues and Folk-Rock.

Included in the collection are also some weaker songs that he produced and wrote for the teenage-market. 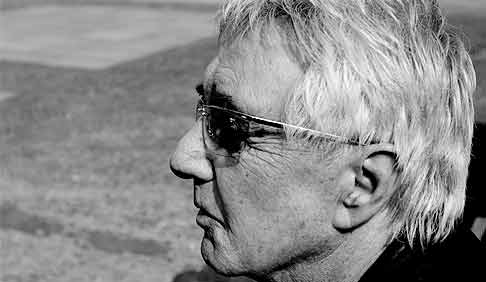